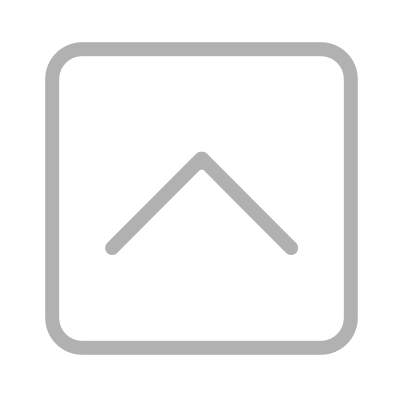 Throughout it's lifelong relationship with art, fashion has often found itself to be the younger sibling. Couturiers either channeled art images and references through their creations, developed new designs along with artists, or based entire collections on certain art movements.

Artists themselves also created fashion – sometimes in their own name, other times under the guise of famous fashion houses.

Some popular textbook examples include:

- Elsa Schiaparelli's «Shoe-Hat» from 1937, based on a concept by Salvador Dali (now at the Victoria&Albert museum in London);

- A collection of «Mondrian» dresses by Yves Saint-Laurent (now at the Rijksmuseum in Amsterdam, the V&A in London, and the Met in NYC);

Yet a textbook is the last place we need to look. The world around us is saturated with reminders of just how clasped fashion and art are to each other.

But how could this be? Isn't fashion just a fleeting, imitative caprice, rooted mainly in pop-culture, and lacking any depth or complexity?

How can it be so closely associated with the nobleness, emotion, and timelessness of art?

But let us have a closer look. A very close one…

The lights dim as the first model starts her walk. The dress she is wearing ends below her knees, an asymmetric amalgam of a ruffled summer skirt and a protective leather corset. High-heeled brown leather boots with engravings complete the look. As she gets to the end of the catwalk, the light returns. The room is struck by a sudden awe as everyone recognises Aimee Mullins – the famous Paralympics champion. The leather boots were none other than hand-crafted wooden prosthetics, complete with a 10-inch heel.

Aimee was born without fibula bones, and had to get both legs amputated below the knee. The prosthetic was created by a certain designer called Alexander McQueen.

An homage, of sorts, to the 17th century sculptor and wood-carver Grinling Gibbons, the project was run in 1998 and marked McQueens 13th show. It was baptised simply, "N13".

Thirteen shows in, and many more to come. Every single one of them – a provocation, a scandal. "The hooligan of English Fashion" always stayed true to his nickname.

"Fashion is a big bubble," he once said, "and sometimes I just feel like popping it."

Never did he fail to make his audience feel and reflect. He once delayed the start of his show for 2 hours. Confined to the small mirrored venue, and already in their seats, the VIP guests had to spend that time looking directly at their own reflection. This activity was not accompanied by music, but merely the pulsing sound of a heartbeat. Once the show, VOSS, was over, McQueen revealed that he had been "watching from the monitor, seeing everyone trying not to look at themselves." "It was a great thing to do for the fashion industry" he concluded, "turning it back on them!".

One time he gave a poetic and morbid eulogy to "The Widows of Culloden" that lost their husbands in 1745, when his native land of Scotland was subjugated by the English.

Another time he even sent blood splattered models in ripped clothes down the runway, during a show that he elegantly titled "Highland Rape".

His fashion has always been art, and the 494,000 people that visited his post-mortem exhibition at the Victoria & Albert in London can vouch for that. As can the 670,000 that went to see that same exhibition at the Metropolitan Museum of ART in NYC - where it became one of the most popular exhibitions to have ever been held. In the world of Andrew Bolton, the curator of the exhibition, "[McQueen's] fashion elicited extreme reactions that were often destabilising and transformative, exceeding our capacities for self-control and rational comprehension."

«The most important fashion designer in the world», Rei Kawakubo, founder of "Comme Des Garçons", insists that she "does not make clothes". In fact she insists so hard, that one of her boundary-breaking shows was called, you guessed it, 'Not Making Clothes'.

At one point she famously banned mirrors in the fitting rooms of her stores – to make sure her customer concentrates on the "feeling" of the clothes, as opposed to the commercially engaged reflection on the wall.

According to Thomas P. Campbell, a form er director at the Metropolitan Museum of ART in NYC, she "blurred the art/fashion divide". This is why, in 2017 an exhibition was held at the museum in her honour.

Rei Kawakubo is yet another challenge to our traditional views on fashion's role in contemporary culture. She creates concepts. She is a visionary. She makes "wearable works of art that use the body in a way that a sculpture would sit on a plinth, or a painting would hang on a wall.." (Ann Binlot « Art of the In-Between » 23.06.2017).

Is Rei Kawakubo not an artist?

«ART» was the name that Karl Lagerfeld gave to his 2013 Chanel collection, which he presented at the Grand Palais in Paris. Journalists and a rt critics, including Frank Perrin and Armelle Letturcq from Crash Magazine, said that Lagerfeld "ironically and intelligently questioned the status of contemporary art in today's world". He "elevated the fashion show to the rank of a 'meta' artwork, transforming it into a comprehensive artistic platform". He "had taken all the languages of contemporary art and remixed them."

The show baffled the public's notion of fashion - people felt they were at an art gallery, looking at artworks and not at clothes.

Lagerfeld received several offers to exhibit his show at art galleries in NYC, and many eager art collectors immediately showed up at his door.

Do such creations not b elong to the art world for the mere crime of being wearable?

In a recent publication, the artist Marina Abramovic makes a distinction between art forms having 'life energy' (performance art), and 'still energy', which refers to painting, sculpture, and the like. Thinking in these terms, we must acknowledge th at Fashion Art is one of the brightest and most dynamic art movements in both of these categories.

To further milk authoritative opinions, we can turn to Catherine Millet, art critic and editor-in-chief of 'Art Press', who said that: "Art, first and foremost, is an open space. A space where different ways of thinking and acting can flow freely when ideologies and philosophical systems are in crisis." According to this, it also holds true that Fashion Art is indeed a contemporary art form in its full right.

Aside from performances and exhibitions, Fashion Art has recently extended to:

- Fashion Theatre, the latest example of which is the «Fashion Freak Show» by Jean Paul Gaultier in Paris, running until the 21st of April 2019;

- Fashion Film, propagated by the Fashion-film Fes tival, first held in Barcelona in 2017;

- Fashion Opera, including Verdi's 'Aida' by Viatcheslav Starodubtsev, which premiered in 2016 in Novosibirsk.

These different systems of expression are saturated with current social context. Many so-called 'big' fashion designers would second (but never dare to utter) the words of McQueen: "anything I experience, I digest and then vomit back into society."

The world of Fashion Art is not formed by designers and artists alone.

That being said however, to avoid sounding ignorant, we must still shove a few more names in here: John Galliano, Vivienne Westwood, Roberto Capucci, Issey Miyake, Hussein Chalayan, Frida Kahlo, Peter Struycken, Virgil Abloh and many others, including 'new technology genius' Iris van Herpen, Casey Reas, Tom Gallant, 'ecological' fashion designers like Stella McCartney, and many others. Created by them, and brought to life through 'fashion icons' - David Bowie, Yoko Ono, Lady Gaga, Bjork, Kate Moss, and the like - Fashion Art has b een forged into the relevant, urgent, and enchanting world it is today.

Staying true to its promise of bringing the newest phenomena in contemporary art to its public, Center MARS opens its Fashi on Art Space in December 2018.

This multi-national exhibition provides a platform for contemporary fashion artists, through which they will showcase the newest tendencies in the field, as well as the most recent and advanced materials used by the fashion industry. The exhibition also features many eco-friendly creations, developed on the basis of recycled materials.

Center MARS added its own special touch to the exhibition, by developing corresponding VR programs for some of the pieces.

We hope that Russian fashion artists, as well as fashion and art lovers, will welcome this new initiative with open arms, and will join us in our exploration of this intriguing new world. 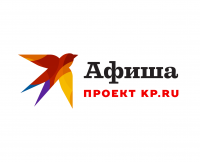 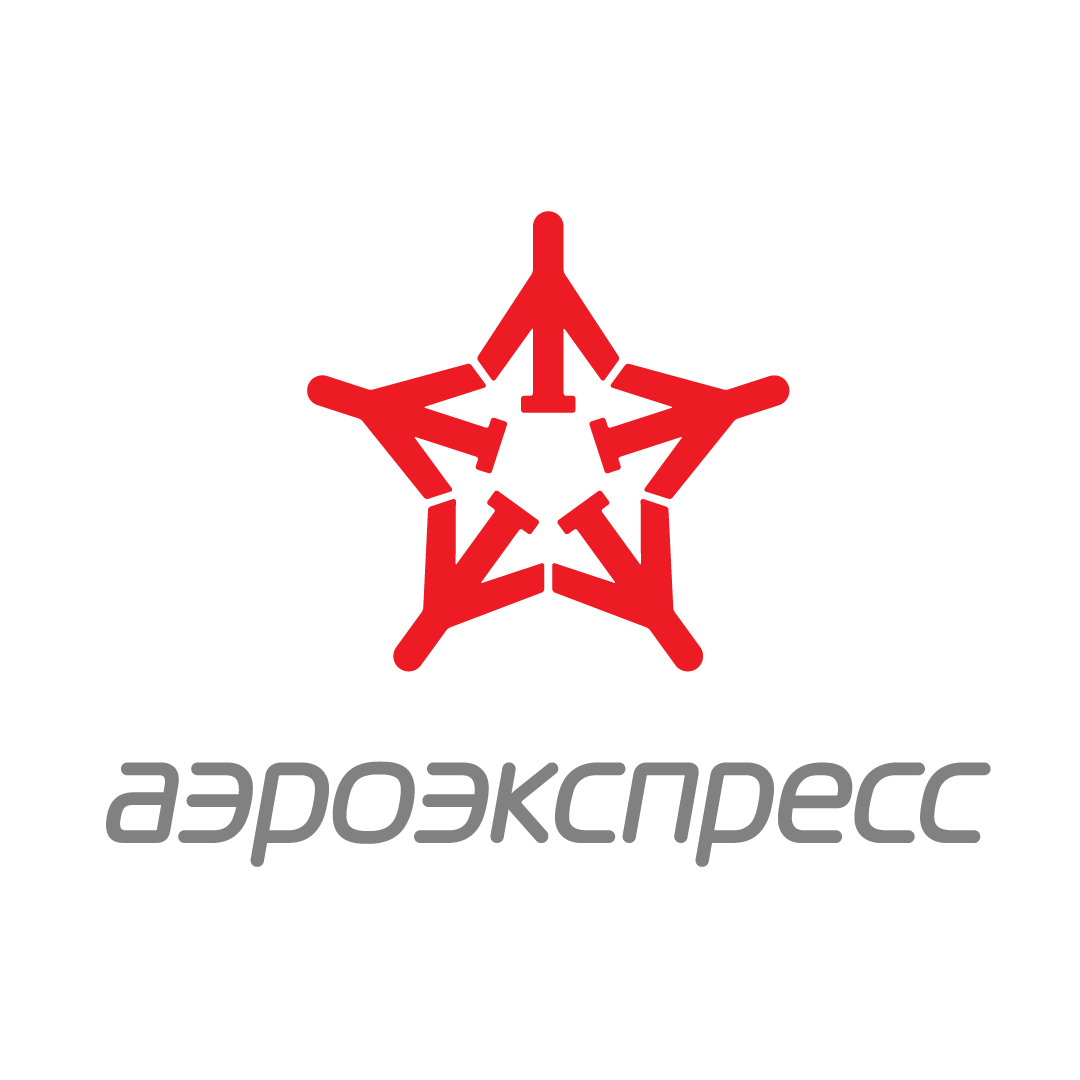 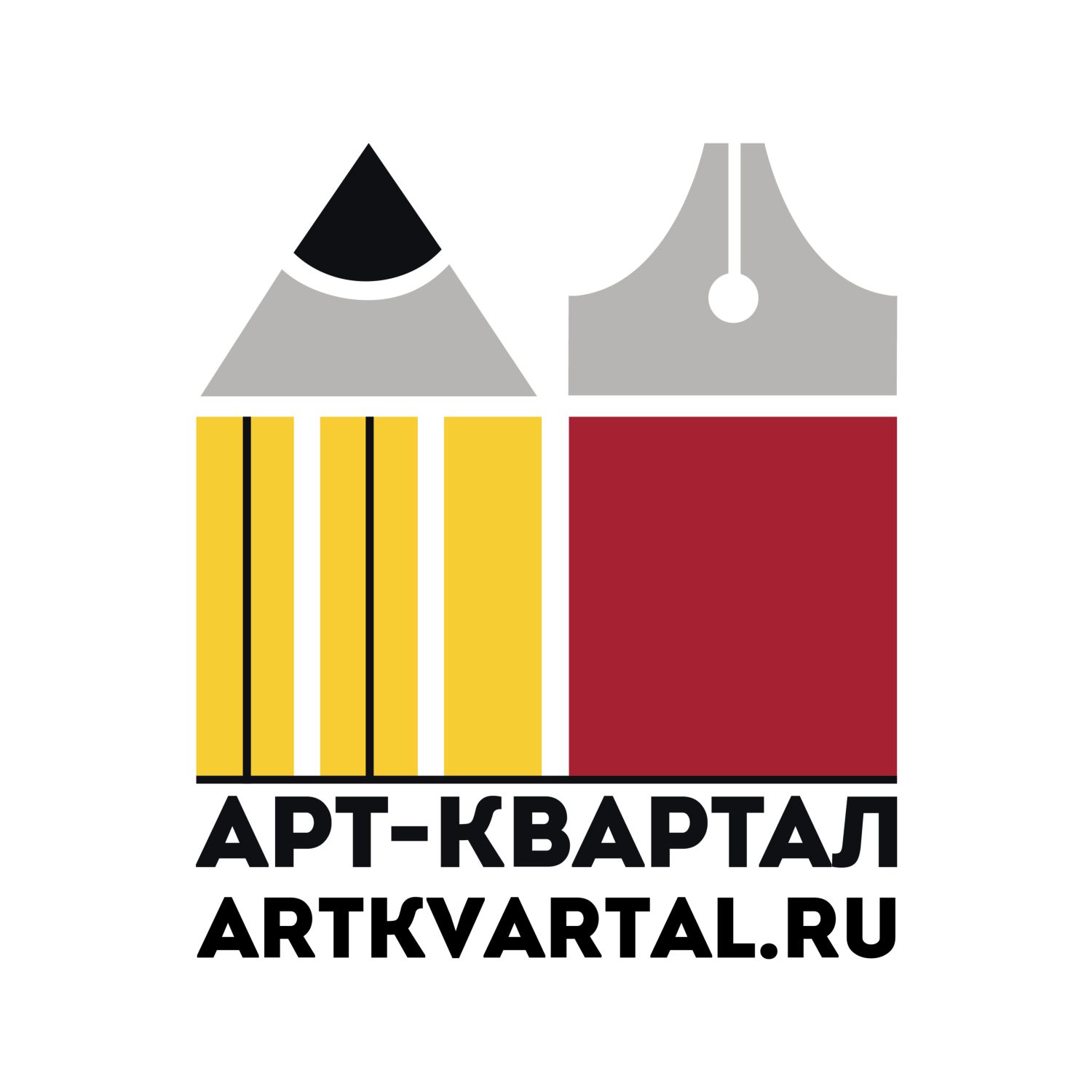 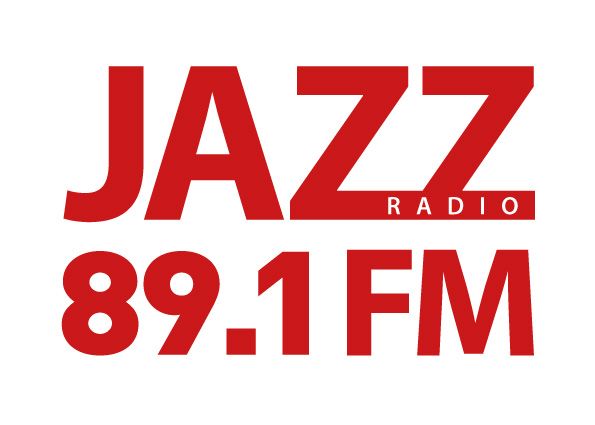 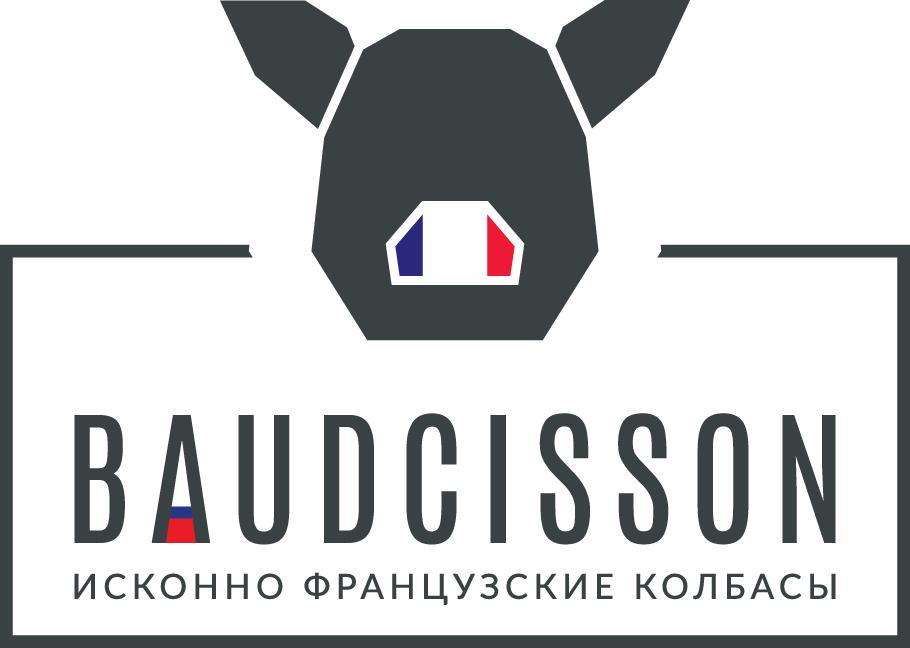 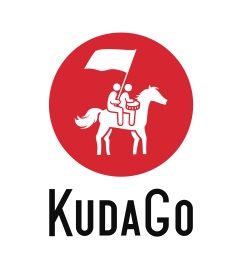 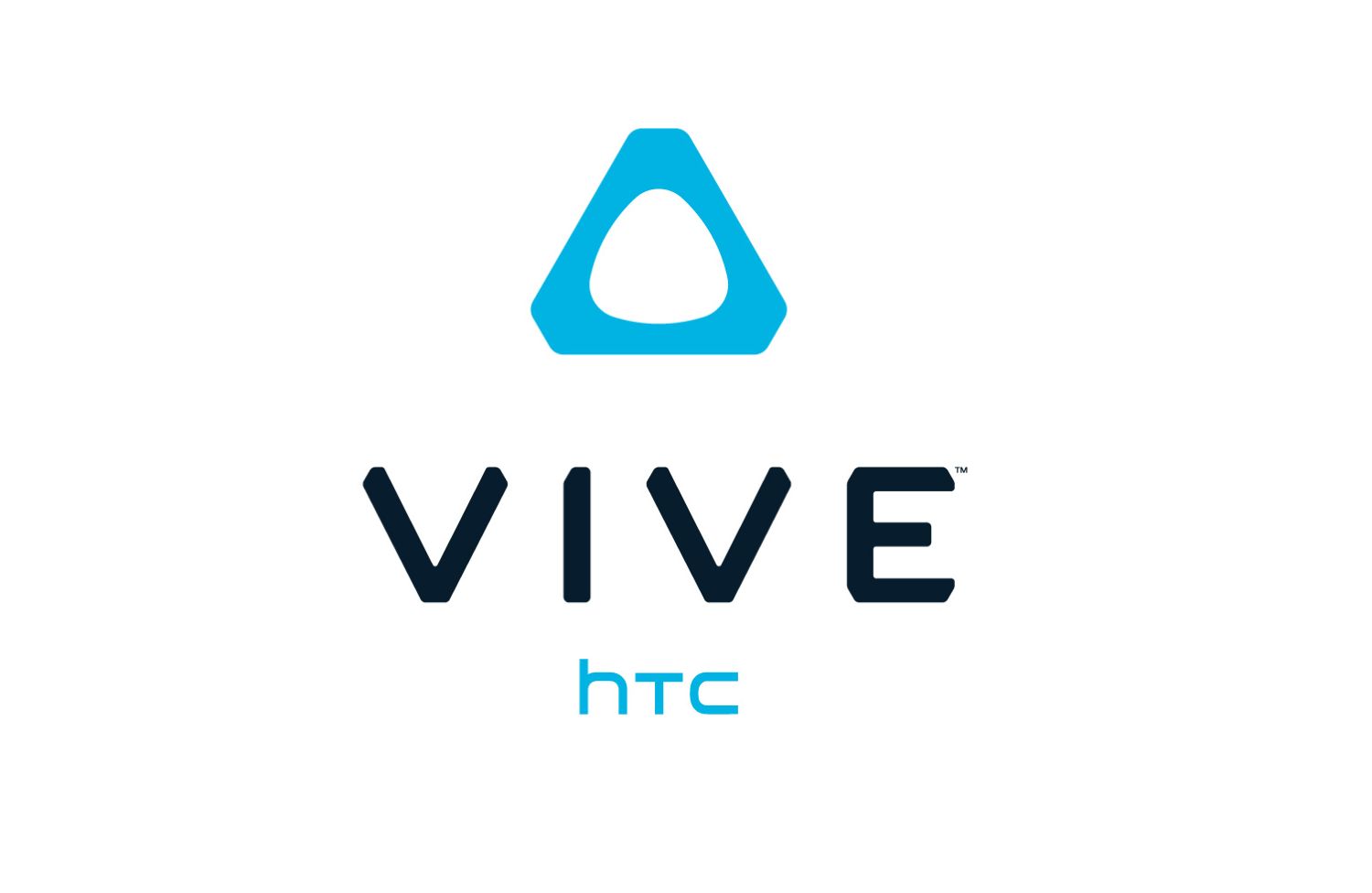 Center MARS is open every day 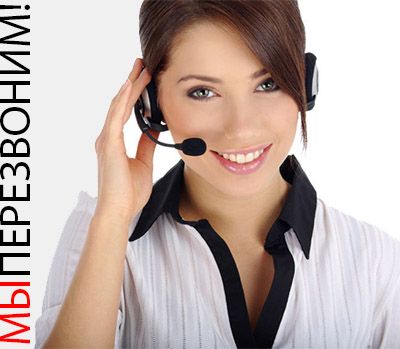